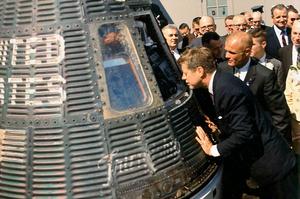 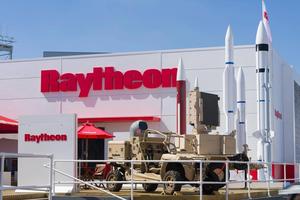 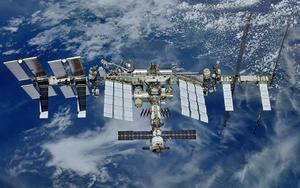 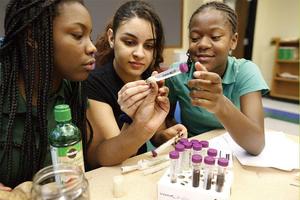 On the 50th anniversary of the launch of Apollo 11, the NASA mission that first landed humans on the moon, the JFK Library Foundation and Raytheon announced the recipients of the Raytheon JFK Space Labs. The program, developed in cooperation with the International Space Station (ISS) U.S. National Laboratory, honors the inspirational heritage of President Kennedy, celebrates the innovative technology that made America's Apollo program possible and rekindles the power of space exploration to inspire and engage students. Kennedy was selected as one on the 5 schools to receive a JFK Space Lab at the start of the 2019–2020 school year. Kennedy was eligible because of its name and was selected as one of the five for demonstrating commitment to STEM education and their efforts to honor President Kennedy's legacy and spirit. Each JFK Space Lab presented by Raytheon includes technology and materials for advanced experiments in Earth science, biology and computer science that will immerse and inspire students, helping them achieve a deeper understanding of scientific principles on earth and in space.

In the JFK Space Lab, students will:

All labs are led by school-designated teachers with training and maintenance support from the ISS National Lab. Because each experiment is connected to the International Space Station, students can compare their JFK Space Lab experiment results with real scientists and astronauts in space.

"These five schools emerged as ideal candidates for JFK Space Labs because they demonstrated a commitment to advance STEM education throughout their school community, as well as to honor the legacy of their namesake," said Steven M. Rothstein, executive director of the John F. Kennedy Library Foundation. "It was President Kennedy who inspired America's first national moonshot and ushered in an era of unprecedented science and technology innovation. The JFK Space Labs program, made possible by Raytheon's generous support, carries his legacy forward by using STEM to excite today's youth to continue improving and advancing life on Earth and beyond."

"Like other programs in our STEM education partner network, JFK Space Labs promises to engage students by immersing them in the science and research that astronauts are performing 250 miles above their classrooms every day," said ISS National Lab Chief Operating Officer Ken Shields. "Together with Raytheon and the John F. Kennedy Library Foundation, we look forward to implementing these labs at schools that are going above and beyond to inspire the next generation of moonshot thinkers."

The JFK Space Labs program is made possible by Raytheon's $1.5 million sponsorship of the John F. Kennedy Library Foundation to commemorate the 50th anniversary of the Apollo 11 moon landing and the technological leadership of the nation's first moonshot. For more information about JFK Space Labs and its complimentary companion program, JFK Space Labs Explorers, visit https://www.jfklibrary.org/jfk-space-labs.

About Raytheon
Raytheon Company, with 2018 sales of $27 billion and 67,000 employees, is a technology and innovation leader specializing in defense, civil government and cybersecurity solutions. With a history of innovation spanning 97 years, Raytheon provides state-of-the-art electronics, mission systems integration, C5I™ products and services, sensing, effects, and mission support for customers in more than 80 countries. Raytheon is headquartered in Waltham, MA.
https://finance.yahoo.com/news/john-f-kennedy-namesake-schools-131500475.html Source: Yahoo News