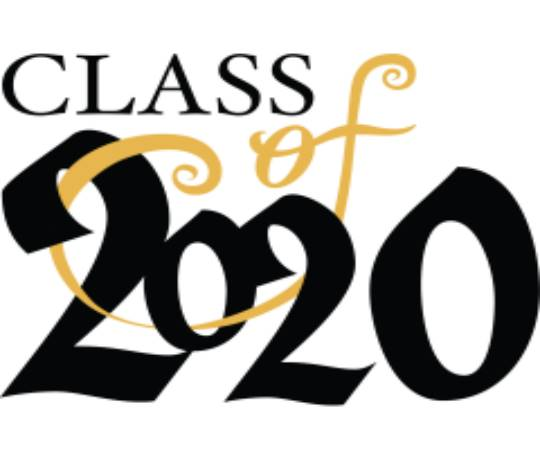 PTSA Grad Nite is on Hold and Scholarships Deadline Extended Until After Spring Break: April 13

Most of you know that Disneyland is closed until March 31. We have no contact with Disney until they reopen. Our hope is to be able to offer the Class of 2020 on last magical night before you head off into adulthood. We were planning on selling Grad Nite tickets upon return from Spring Break. Senior Prom, which was May 2, as you know has been cancelled. Because Grad Nite is more than a month after Prom (June 13), there is still a SMALL chance that PTSA could sponsor Grad Nite, depending how safe it is for students and how Disney responds to Grad Nite as it relates to the Coronavirus. We will make a final decision upon return from Spring Break on Monday, April 13. The PTSA will still offer scholarships this year, but will extend the deadline to turn in your application, letter of recommendation, and essay to after Spring Break, Monday, April 13. The scholarship may or may not include Grad Nite, depending on whether Kennedy is able to participate in this special event.
Read More » 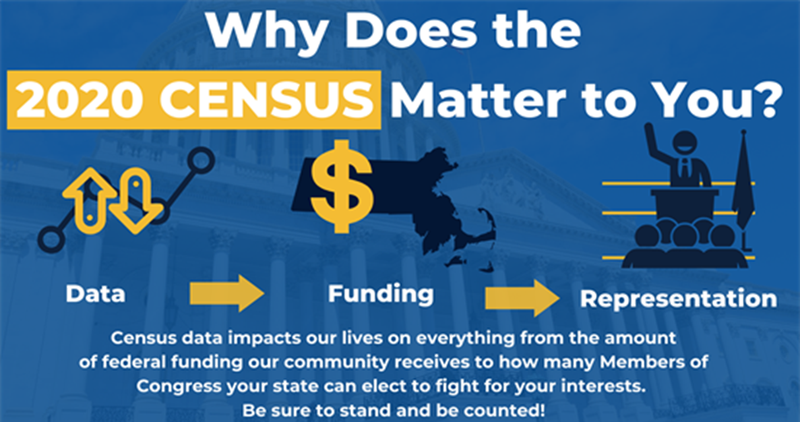 The Census counts of every living person in the United States every 10 years and is required by the US Constitution. The Census determines congressional representation, allocation of federal funds, and provides financial support to states, counties, and municipalities for 10 years based on population totals. 2020 is the first year that the Census can be completed online. To do this, one individual per household records how many people are living at one address as of April 1 (see example letter). The Los Angeles area is one of the most difficult areas to count in the United States. Title 13 of the US Code guarantees that your information is completely confidential and cannot be shared with any law enforcement agency in any way to identify you. The US Census Bureau ensures that the technology used to collect data is secure. The 2020 Census will not ask for your political party, social security number, bank account, credit card numbers, nor solicit money or donations. Census employees want you to feel safe in completing this population count and taking part in American democracy. The Census data is used in many ways. Residents use the census to support community initiatives involving legislation, quality-of-life and consumer advocacy. Businesses use Census Bureau data to decide where to build factories, offices and stores, and these create jobs. Local government officials use the census to ensure public safety and plan new schools and hospitals. Real estate developers and city planners use the census to plan new homes and improve neighborhoods. Counting a diverse and growing population is a massive undertaking and requires years of planning and the support of thousands of people. Ultimately, the success of the census depends on everyone’s participation. Please participate in the 2020 Census and make Kennedy Count!
Read More » 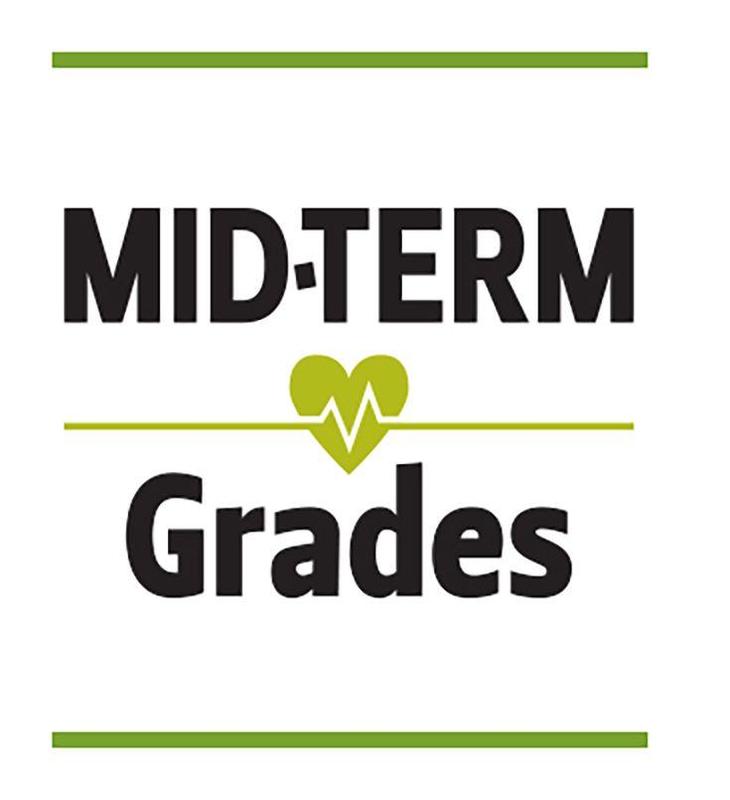 Mid-Term Grades Are Due April 1

Kennedy and all LAUSD schools will be closed until Friday, May 1. Kennedy realizes that distance learning is new way of teaching and learning and may be difficult for some students. Students, you must complete your assignments in the time frame requested by your teachers. Parents, please be sure that your child is turning in his/her assignments on time. The mid-term grades, which determines athletic eligibility, are due Wednesday, April 1. If for some reason, you are having difficulty completing your assignments, please contact your teacher through Schoology. If you do not have an electronic learning device to complete assignments, Dr. Chavez will be in the Main Office on Thursday, March 26 7:30-9:30am, so that you can check out a device. As always: stay home; stay safe; save lives.
Read More » 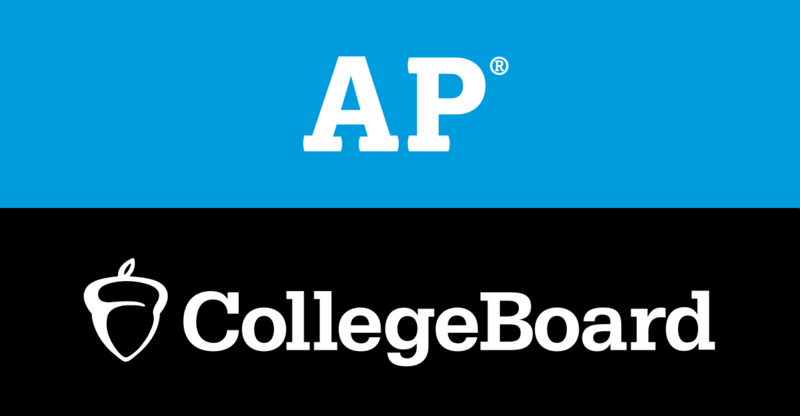 Information for AP Students Affected by the Coronavirus

Student health and safety are the College Board’s top priorities. They know the Coronavirus has created new and unexpected challenges. Here’s how the AP Program is supporting you and our school: 1) They are providing live and on-demand AP courses for free. 2) They are developing a new at-home testing option. Based on the number and length of school closures, it's clear that the usual way AP Exams are given at schools won’t be possible. Some students may want to take the exam sooner rather than later, while the content is still fresh. Other students may want more time to practice. For each AP subject, there will be two different testing dates. The full exam schedule, specific free-response question types that will be on each AP Exam and additional testing information will be available by April 3. They surveyed 18,000 AP students to see if they still wanted the opportunity to test this year. Their answer: a resounding yes. There will be free resources will be available through exam day to help you get ready. While they encourage students to wait until closer to the test to decide, any student registered for an exam can cancel at no charge. For the 2019-20 exam administration only: 1) They are developing secure 45-minute online free-response exams for each course. 2) The exam content will focus on what most schools were able to complete by early March. Students will be able to take their exams on any device you have access to—computer, tablet, or smartphone. They will also have the option to write your responses by hand and submit a photo. 3) Colleges support this solution and are committed to ensuring that AP students receive the credit they have worked to earn.
Read More » 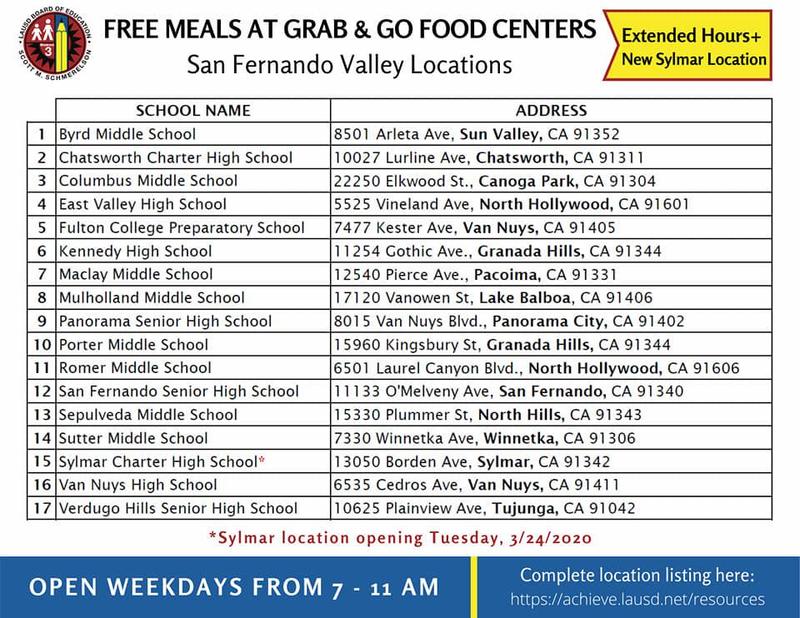 Spectrum (Charter) is offering FREE Internet to students (K-College) households without Internet for 60 days. The telephone number is: (844) 488-8395.
Read More » 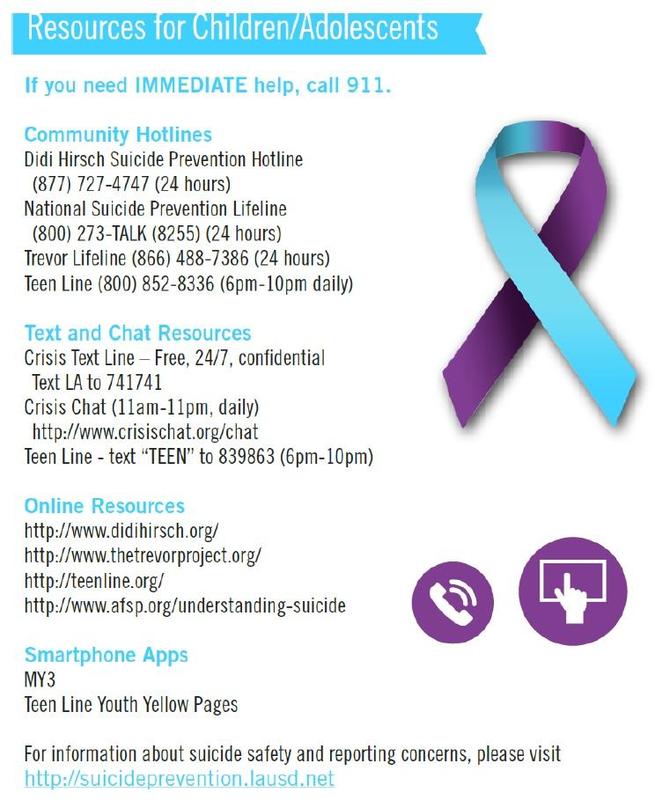 Click on the link above to view resources for teens.
Read More » 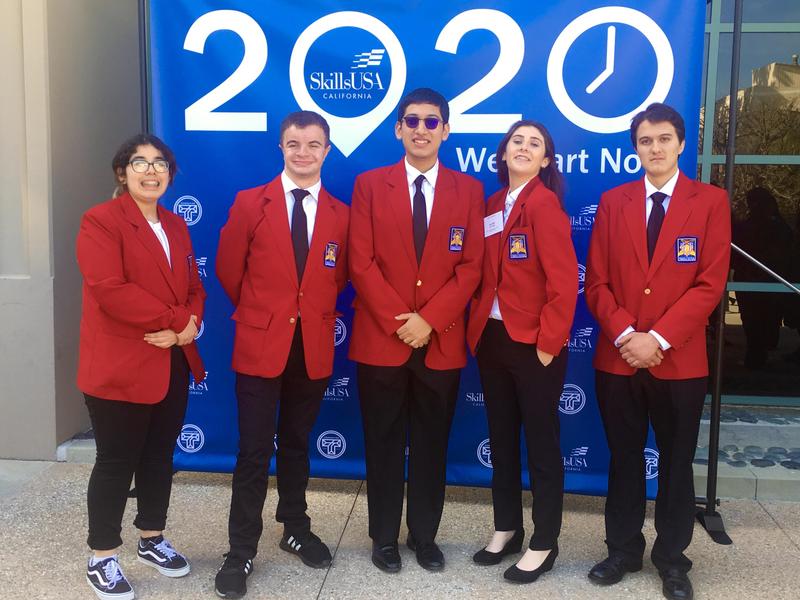 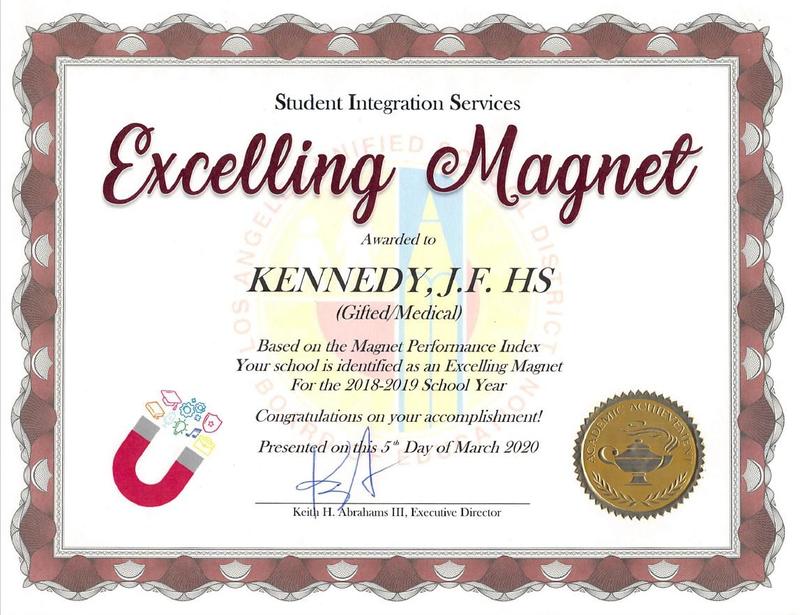 Every year, the Office of Student Integration uses the Magnet Performance Index to validate excelling magnet schools in LAUSD. The Magnet Performance Index includes: diversity, innovative curriculum and professional development, academic excellence, high quality instructional systems and family and community partnerships. Not only did Kennedy's Gifted Medical Magnet receive a certificate from the District acknowledging our Gifted Medical Magnet as an excelling school, we also reached the 99.5% threshold and received an award with a gold seal. Thank you to all of our staff, students, families and community partnerships who helped us reach this outstanding achievement!
Read More »

On Sunday, March 8, 29 of Kennedy’s Students Run Los Angeles (SRLA), 8 staff members, and 1 parent completed the LA Marathon. This 26.2 mile “journey”, as SRLA Leader Gabriel Cedillo calls it, goes from Dodger Stadium all the way to the Santa Monica pier. These students include: Billy Alvarez, Alyssa Aquino, Leila Arce, April Bañuelos, Brooklyn Burgess, Diego Cedillo, Frieda Cedillo, Riley Chong, Analisa Duarte, Maria Enciso, Roberto Espinoza, Paul Fontanilla, Aaron Garcia, Ashley Godinez, Alina Gonzalez, Edgar Hernandez, Ricardo Hernandez, Ryan Luna, Christian Magana, Yamileth Maganda, Prissila Moreno, Nicolas Orozco, Nicole Orozco, Valerie Pimentel, Eliza Portillo, Danny Ramos, Amanda Reyes, Pedro Rodriguez, and Evelina Zubrinskaya. Many thanks to our SRLA Leaders and Kennedy staff members that inspired and trained alongside them including: Mr. Gabriel Cedillo, Ms. Prado, Ms. Solorzano, Mr. Aguilar, Mr. Pimentel, Mr. Reyes, Mr. Castañeda, Ms. N. Velarde, and Ms. S. Velarde. Many thanks to Mr. Prado, our marathon day chaperone for making sure that every one of our runners made it safe to Santa Monica High School. The fact that these 29 amazing runners had the courage to endure the pain for 26.2 miles says a lot about them. Not everyone can finish a marathon, only the committed and strong spirited can. “Finishing a marathon is not the end, but rather it is only the beginning of a new life style”, as coach Gabriel would repeatedly say. “Kennedy SRLA runners were not running to forget who they were, but rather to become who they want to be.” These runners poses the perseverance within to not only training and completing a 26.2-mile marathon, but to make mature decisions that will forever change their lives. We are proud to say that Kennedy HS has an awesome group of committed and strong spirited runners that will go on to college and achieve their goals and dreams. It has been an amazing ride, keep running and run happy always!
Read More »

Kennedy celebrated national Read Across America Day or Dr. Seuss’s Birthday on Monday, March 10 with over 600 students from Danube, Haskell, and Tulsa elementary schools. The Teaching Academy coordinated the event with over 20 Kennedy teachers. The elementary students participated in age-appropriate, Dr. Seuss-themed activities led by Kennedy students. The students were escorted by Kennedy students, school staff, and parents. LAPD ensured their safety by providing traffic control. Kennedy students worked afterschool and on the weekend to decorate the school with the Dr. Seuss Theme. Elementary students left with happy faces and a better understanding of why reading is important.
Read More »
RSS Feed